The task was to deliver a presentation that was both meaningful and rich.  Their theme, as is the theme of this TEDx event is, “A Catalyst for Change”.  170 students delivered presentations as part of the curriculum in their English course.  Of those, 10 were chosen through a combination of peer selection, performance quality and the teacher approval.

Hope you enjoy the evening. MC’s for the night: Grace Armstrong and Binvant Broca

Grace’s life aspirations include being a successful neuroscientist, perfecting her nail polish art, mastering Sweet Child O’ Mine on the electric guitar, becoming a Broadway star, traveling internationally for a living, reaching fame as a singer/songwriter, finding the perfect ballpoint pen, owning the popular fast food chain Chipotle, speaking fluently in over 3 languages, and setting the Guinness World Record for highest number of Rubik’s cubes solved in one minute blindfolded.

Binvant is a 17 year old 11th grade student at ISB. Prior to living in Bangkok, he lived in Rome, Italy, and New Delhi, India. Outside of class, he enjoys playing the saxophone and the piano, as well as taking part in the Model United Nations team at ISB. 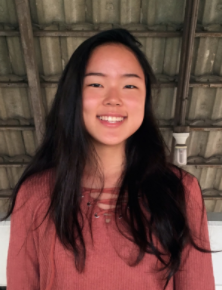 Title – Delta World: How to Make a Change

Jisoo Yoon is a junior at the International School Bangkok. Her favorite place to be is fifty pages deep in a good book, or onstage at a choir festival. Jisoo believes most strongly in human compassion.

Feminazi. The race card. Social justice warrior. Opinionated arguments have grown stale and any mention of injustice is met with an eye-roll. Still, around the world and in our neighborhoods remain injustices that must be fought against, this time more strategically. Jisoo inspires disheartened global citizens to speak up and explores the steps to impactful activism.

Title – Why does Media Portray Arabs and Muslims as Terrorists?

Ezzeldin Ibrahim (17) is an Egyptian student who joined ISB in 2013. He is a strong advocate for Arab and Muslim people and their rights. Ezz has recently joined the Middle East club to raise funds for the Syrian refugees.

The media often misrepresents Arabs and Muslims as terrorists. In this TEDx talk, Ezz tries to represent the beliefs of the majority of Arabs, dispelling some of the negative labels that the media has often created.

Title – The Importance Technology in the Educational Environment

Nicolas Young Robles is a Colombian student that has always been passionate about technology and its integration into education. He actively works with The International School of Bangkok’s High School Technology Club to provide less fortunate schools and organisations with access technology.

As our world moves ever forward into the information age, technology becomes more beneficial and even essential in schools. Despite this, there hasn’t been a strong effort to provide the underdeveloped societies with reliable technology programs. This Ted talk aims to analyze the effects of technology and provide one possible solution to this crisis. Milind Gandhi is a Thai-Indian who has been a student at ISB since kindergarten. As he has spent the majority of his life only speaking in English and Thai, he wishes to finally learn Hindi and is curious about the benefits me would receive by speaking a language that is closer to his heritage. As he realizes that he is in the same situation as many others, he wishes to share his experiences and knowledge regarding mother tongue.

Nowadays, it is very common to find millennials all around the world losing the connection they have to their native tongues and home cultures. However, numerous benefits of maintaining this vital bond to home have linked to emotional wellbeing, academic development, and more. Discover the true importance of staying connected to your mother tongue and methods of incorporating it more into your everyday life. Title – Periods: Let’s Talk About It

Elad Schulman is a student at International School Bangkok. Elad has a passion for English and bad chemistry puns. Though originally from Israel, she has lived her whole life abroad in the United States and Thailand.

For thousands of years, women have been dealing with menstruation, a process that is completely natural. Yet, menstruation is not portrayed as something to be celebrated, or even talked about, and is instead avoided being mentioned. This talk aims to begin to normalize the discussion that is long overdue. Title – The Inadequate Answers to the Definition of Art

El-ly Namatinia is a 16 year old Israeli student whose appreciation for creating and studying art began in the third grade when she came across a poster of Vincent Van Gogh’s “Sunflowers”. Aside from being an art admirer, El-ly is also an avid Debater, advocate for Human Rights, and film enthusiast. Her love for philosophy helped fuel this TEDx Talk in order to question the narrow foundations of what we consider art.

What is art, what makes it good or bad and who decides? These three subjective questions followed by an abundance of ambiguous answers might tell us more about ourselves than we may think. This TEDx Talk explores how throughout history, challenges to the artistic status quo have changed our understanding of art, and the importance for each individual to stand against complacency and continue to question the status quo as a whole. 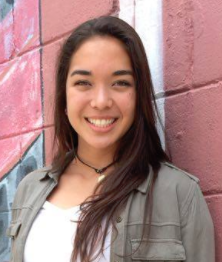 Alaina is a Thai American 16 year old who attends the International School Bangkok. With a passion for the outdoors and athletics, including Varsity Volleyball and Track and Field. She is currently president of Operation Smile and one day strives to be an intellectual property lawyer.

People have often wondered where they have developed certain habits or characteristics. This talk explores the importance of a good environment and how we influence each other’s decisions. Discover how much of your personality today can be determined by the people you are surrounding yourself with.

Title – Narcissism as a Toolbox

Janita is currently a 16 year old student at the International School Bangkok. Though from Thailand, she has lived in multiple countries in Asia, Europe, and North America, and dreams that this list will grow with time. She’s a big believer of the power of little things, and hopes others are so too.

Though often awarded to the current youngest generation, narcissistic traits have been evident in society for hundreds of years- so why not learn to embrace some of it? Though a conversation with her younger self, Janita explores the possible effects of narcissism on oneself and thus, the rest of the world.

Title – The Power of Singing

Hyuga Tsukamoto is a Japanese 17 years old student at International School Bangkok. Hyuga has spent the majority of his lifetime in Japan, with experience of living in the United States in his younger years. In his freshman year in high school, he discovers a new passion to music since his enrolment in a choir class.

Language barriers have become an uprising problem due to globalisation. Students in particular struggle to express themselves at school, due to their lack of confidence in a using a foreign language. Singing has always been used as a way of self-expression from the early ages of humanity. This talk aims to suggest a whole new path of approaching the issues of language barriers through the use of choral music.

Cedric Lapine is a 17 year old British-American World traveller who currently resides at the International School Bangkok. Cedric is an advocate for helping the less fortunate and currently takes part in raising money for clubs such as Soccer for the Blind, Operation Smile, Food for Thought, and Habitat for Humanity. His time here in Bangkok has taught him a great deal about the power that comes from learning and he hopes to one day use this power to better society as a whole. Cedric hobbies include taking part in a variety of athletics which include Football (soccer), Basketball, and Track, as well as playing chess and enjoying the outdoors.

The idea that money is a powerful force in affecting the mindset of human beings is rarely discussed. Although everyone has different problems in their lives, the idea that money, an item used worldwide, has the ability to make individuals selfish, feel entitled, and egotistical is rarely discussed. Through an unintentional beat down of his own actions and in an attempt to change how bad of a person he is, Cedric aims to enlighten the audience and himself on how money can be better used for good.