The presenters are all 11 grade students.  The task was to deliver a presentation that was both meaningful and rich.  Their theme, as is the theme of this TEDx event is a Catalyst for Change.  170 students delivered presentations.  Of those, 9 were chosen through a combination of peer selection, performance quality and the teacher team. My TED talk explores the declining role of silence in modern society: its roots and consequences. Everyday, our psyche faces a constant bombardment of beliefs, thoughts, ideas and opinions from the media. This barrage of ideas (which belong to other people) can quickly drown out any sense of individuality we might have.  Taking a step back and embracing silence is perhaps the only way to keep our identity intact. 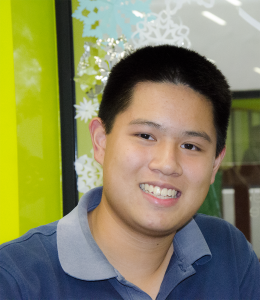 In this talk, Mac challenges the censorship of words in comedy and argues that it is something that should not be done. He explains the negative impacts that comedy censorship has on both comedians as well as their audiences. Ryan Jones – Put It Down – Disconnect to Reconnect

The media and technology are all around us. From what goes on our mobile phones to the Facebook posts and articles we read today, technology is changing the way we think and perceive the world. Through my “Ted Talk” I intend to show this alternative reality of technology that we are choosing to live in, instead of using technology for the purpose it was created for. Our choices today don’t help us face real world problems; instead we unintentionally create global unawareness. This results in a society more misguided than the technology we represent. This ted talk will be on techniques used by the media to deliberately manipulate and persuade potential customers. This speech will specifically focus on deliberate manipulation through language in advertisements. Three rhetorical devices used by the media frequently will be introduced to highlight this technique. The three rhetorical devices discussed will be euphemism, jargon, and inflated. 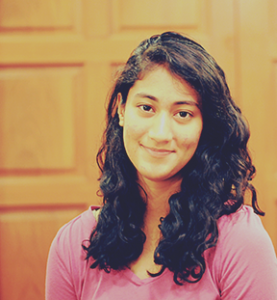 Eefa Shehzad – I am Not a Terrorist

This Talk is about how Middle Easterners are portrayed in Western Media. They are almost always represented by negative stereotypes in movies, television shows, and video games. The media’s use of these predominately negative images encourages prejudice feelings towards Middle Easterners and Muslims outside the Middle East. As members of an international community, we should help put an end to the discrimination and stereotyping done by Western media. 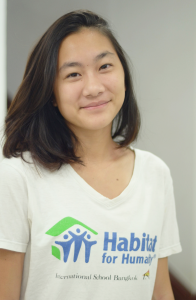 My TED talk tackles the idea of misogynistic language, but in the form of onomatopoeias. This includes sounds such as (but not limited to) whistling, hooting, hollering. This is otherwise known as cat calling, and wolf whistling. The concept is to show that language does not only constitute words, but also sounds and actions. And maybe, it is more so taboo than actual language recognized by the English dictionary. Kimberly Remijan – How Much do we Really Know about Gaming?

In this talk, I have the audience recognize the negative stereotype that many people have towards gaming and gamers themselves, and encourage them to reject this stereotype by being open minded to what games can offer and what their effects will be.” Samual McPherson – Our Moral Decline as Caused by the Media

In modern TV shows there is a disturbing amount of profanity. We are constantly bombarded with foul language from those around us. And our language isn’t the only thing that’s suffering from the decaying morality in the media; our perceptions of modesty and beauty are slowly worsening as well. From the use of vulgar language to our image of beauty the media has gradually altered its standards concerning what is and appropriate, and as a consequence, society’s ideals are lowered as well.

A speech about the spreading of ideas.